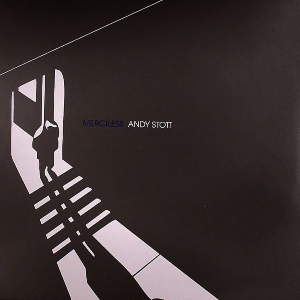 i have a sort of ritualistic activity for exposing myself to new music, where i go on
walks at night to listen to albums! i start the current album as i leave my porch, &
wander my neighborhood, not returning home until it's over


the album i listen to on a given walk is chosen in a rigorous & sort of unpredictable
way. it's kind of hard to tidily explain. it's always the alphabetic first album on my
phone. i delete it when i get home, then i replace it with as many albums as the
freed space allows, in an order that first prioritizes the alphabetic order of artists in
my library, then the chronological order of those artists' albums

i have gone on approximately 360 of these walks

on may 10th, 2018, during the 180th walk, which was to the album "Merciless", by Andy Stott,
in the early morning, before sunrise, in a very light rain, i heard a meow buried under the music,
so i turned & encountered a damp & pitiful stray cat with a broken leg,
lying immobile in the inlet of a small parking lot,
& i immediately became sort of hysterical, nearly crying & unsure of what to do,
so i searched exhaustively on my phone, for any sort of veterinarian i could call,
debating the entire time whether my only option was to transport it home & care for it,

finally i settled on calling animal control, & had an affirmative dialog,
but i was unsure whether anyone actually had been sent out.
so i waited with the poor kitty, keeping it company, unwilling to leave it alone,
afraid to touch, pet it, or move it, for fear of harming it, or being scratched or bitten,
& i did this for two or three hours, until the animal control man finally arrived,
he impersonally lifted the kitty by the scruff of its neck & deposited it in a cage,
placed it stacked in the back of his truck, & drove away
it was over in moments


i hope that the kitty was adopted, or given medical treatment, or maybe it was euthanized.
either way, i am at least thankful that i was able to spare it from wasting away on the asphalt